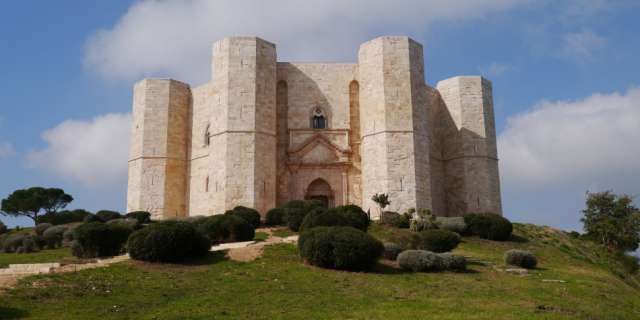 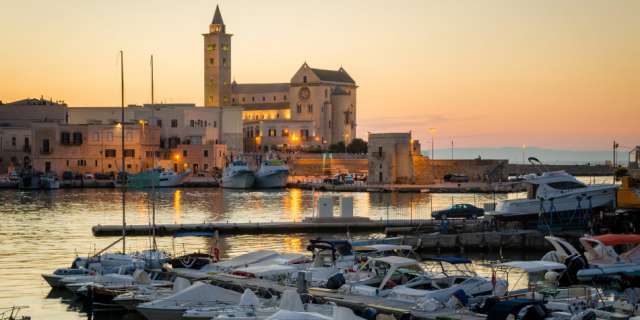 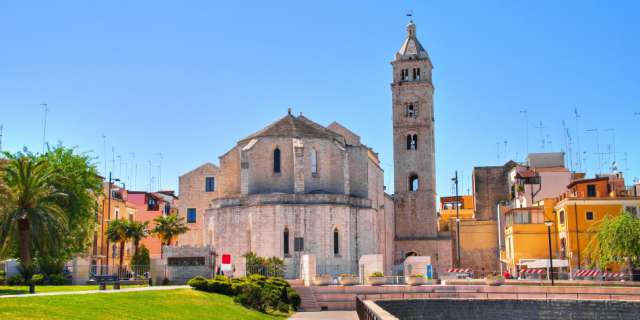 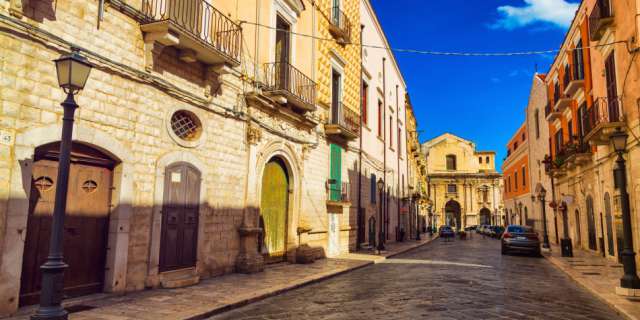 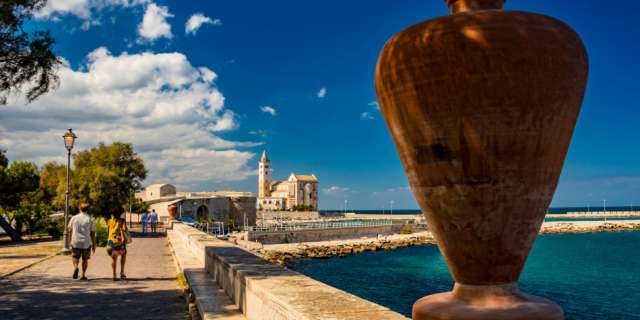 Our guide and the driver wait you at 9.00 am at the meeting point: Petruzzelli Theater

Arrival at 10.00 and visit the most important castel of Puglia, it stands lonely on a hill in the National Park of Alta Murgia, 540 metres above sea level, it's an octagonal and mysterious building of Swabian Emperor Frederick II, included in the world heritage protected by Unesco. This fascinating castel, famous for its evocative power and for its amazing history, is an absolute must for visitors who love medieval architecture, art and legends!

At about 12.00 departure for Barletta, where we will arrive at 12.30 to visit the templar city par excellence, that reached its splendor in the Norman Era but it is to Emperor Frederick II that it owes its mighty castle and its white Cathedral. We walk through History in Barletta, in medieval stone-paved alleys, where flags and banners of the knights who challenged each other in the famous Cantina della Disfida fly over, and then we arrive in front of the 5-meter-high bronze Colossus which portrays a mysterious Byzantine Emperor from Constantinople!

At about 1.30 pm break for half an hour free lunch.

At 2.00 pm departure for Trani where we will arrive after half an hour.

Walking tour in Trani: the origins of this elegant town are lost in legend: probably founded in the time of Aeneas, Trani is the city of white stone and the lighthouse of Judaism in Italy. The old quarter rises around the port on a small peninsula where a grandiose cathedral overlooks the sea, like a big ship and in fact, due to its superb location, is called the Queen of Apulian Cathedrals!

At 3.30 pm departure from Trani to return to Bari after about 1 hour.

Start 09.00 am
(from the Petruzzelli Theater in Bari)

Return 04.30 pm
(at the Petruzzelli Theater in Bari)

What you will visit

For those who love