The Sacred Mountain between ancient and contemporary masterpieces 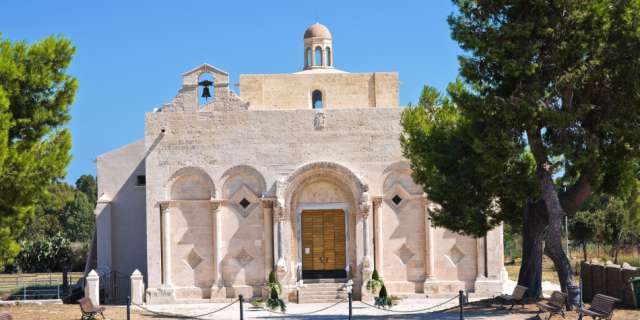 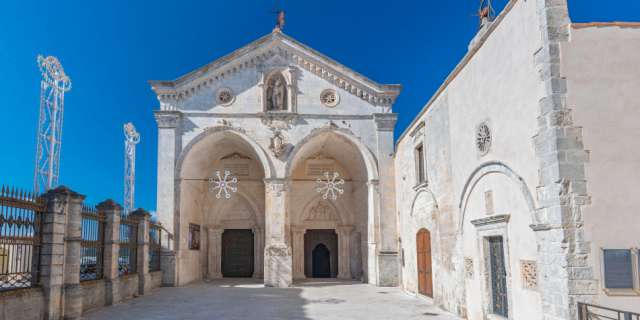 We meet at 8.00 am at the first meeting point near the Petruzzelli Theater with our official and licensed guide and our driver to go to Monte Sant'Angelo, 2 hours drive from Bari.

Arrival at 10 on the Holy Mountain, on the Gargano “Spur of Italy”, one of the most beautiful UNESCO site of the region rises: an amazing sanctuary in a underground cave where the Archangel Michael appeared in the 5th century. The cave became soon the destination of pilgrims and crusaders traveled across the region on their way to the Holy Land. The visit is very touching, beyond our religious profession, for the mix of Faith and History you can breathe in the silence of the cave. The town offers a picturesque view on the Mattinata bay and over the forest, especially in the medieval Junno district.

At 12.00 am we will leave for Manfredonia, founded by Manfredi, son of the Emperor Frederic II, in 1256, to house the refugees from the destructed nearby town of Siponto. Manfredonia has a big port that plays an important role in the town's trade and tourism, surrounding by a lot of imposing Baroque buildings and a great castle built by Manfredi in the Middle Ages.

Free time for lunch, after 30 minutes we will leave to reach Siponto, where we will arrive after half an hour.

The archaeological part of this ancient city, lies 2 kilometres to the south of Manfredonia, near the sea. Its cathedral dating back to the first half of the 11^ century and it's a noble example of Romanesque architecture, it's located in a site where there are also ancient mosaic on the ground and a big, amazing  building of a young, italian contemporary architect Edoardo Tresoldi, who has created a reconstruction of the ancient church with a light and transparent iron structure, so as to seem suspended in space and time, like a holographic image, an incredible contemporary art masterpiece inserted in an ancient context!

At 3.30 pm departure from Siponto to Bari, where we will arrive at approximately 5.30 pm.

Start 08.00 am
(from the Petruzzelli Theater in Bari)

Return 05.00 pm
(at the Petruzzelli Theater in Bari)

What you will visit

For those who love